Sincerity is one of the essences of Chinese Taoist thought. In ancient Chinese Taoism, sincerity is an irreplaceable and essential law that must be followed in medicine, culture, agriculture, military, science, economics, etc. In ancient Chinese Taoism, it is believed that etiquette is used to deal with others, and that truth is the feeling of the heart and the desire to live in harmony with others. True feelings generate from the inside and seek the chance to be expressed on the outside. Overly paying attention to etiquette and putting true feelings aside will destroy true feelings. Similarly, attaching too much importance to true feelings and neglecting etiquette will destroy etiquette. When both etiquette and true feelings are balanced and in good order, you can gain the trust of others without speaking out. Therefore, courtesy and truth must be highly congruent.

This vital principle is also the first principle, followed by the Chinese tea ceremony. The tea ceremony’s etiquette is not just a procedural action in dealing with people outwardly but must be an expression of true feelings from the heart. In the Chinese tea ceremony, the sincerity that is emphasized when engaging in tea matters not only includes that the tea should be real tea with a true fragrance and a real taste; the environment should be real mountains and water; the utensils should be real bamboo, real wood, authentic pottery, and real porcelain, etc. And the most important thing is that the real tea master participate in tea must be sincere. Those who make tea must have sincere feelings of respect toward customers, and every aspect of their tea activity must be taken seriously.

The important meaning of sincerity pursued in the ancient Chinese tea ceremony is as follows:

1. The truth of human nature. During the tea ceremony, one truly relaxes oneself and uses one's spirit to connect to the innermost feelings of the self. Those who participate in the tea ceremony cannot follow the rules and cannot complete the programmed process of brewing and drinking tea while suppressing their innermost feelings. A true tea master is relaxed inside when engaging in the tea ceremony, making tea, and communicating with others with their heart and soul, without hypocrisy and without external etiquette to cover up their heart. If you want to engage in the tea ceremony, you must first be true to your heart, and then you can learn how to make good tea with proper etiquette. In the tea ceremony, the pursuit of true love, that is, through tasting tea and expressing love, true love between tea friends can be developed, and the realm of mutual understanding between tea people can be achieved.

2. The sincere love and care for life. We must cherish and care for all things, not only for people but all things in nature. Only by deeply understanding the importance of nature and sincerely cherishing tea as a gift from nature can we authentically brew a good cup of tea in a tea ceremony. If there is no true love towards natural life and the myriad things from nature, and tea is treated as a consumer product, or just used as an outwardly hypocritical method of dealing with people, no matter how skilled you are in making tea, you can’t be called a true tea master, and you will never become a real tea master.

3. People with true integrity in their hearts are happy and not hypocritical. A three-month-old baby does not know the difference between pros and cons yet can understand the love of a loving mother. This comes from the true nature of man. Hence, the function of words is insignificant. And what cannot be expressed in words are significant. When loyalty and honesty are stored up in the heart, they will manifest themselves in external actions.

Since ancient times, China has said that the qi field, which describes the invisible energy emitted by people, reflects the number of natural laws that people can grasp. The more a person follows the laws of nature, the greater his or her Qi field is; the more he or she deviates from the laws of nature, the smaller his or her qi field is. Each person has their own unique energy field, and the people around them can feel this energy being emitted without communicating through words. The laws of nature coincide with the laws of people's physical and mental activities, so when people feel the aura of the people around them in their hearts, they can judge what kind of mental activity is going on around them.

The aura is a subtle, mysterious field in parapsychology, spiritual thought, and the New Age movement. An aura can be depicted telepathically, is composed of chakras and can reflect the emotions or thoughts of an individual human being in the present moment. Recent scientific research has shown that the human spirit, consciousness, and thinking, may be energy waves. In ancient Chinese Feng Shui(風水), it is believed that everything in the world has its own energy field, which can influence and thus form the material world.

Therefore, people who are sincere inside will also naturally carry an energy field that can be felt by those around them. In ancient Chinese tea science, tea Qi (Cha Qi / Tea Energy / 茶氣) is a fundamental concept of tea science. It has two meanings. One meaning refers to the natural energy contained in the tea plant itself. The other meaning refers to the influence of energy emitted by people engaged in tea ceremony activities on the surrounding things. 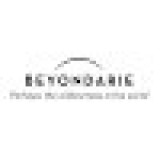 This is a very interesting read. Loved the points you make. Am sharing your blog for further circulation. The Principle of Being a Real Tea Master - Part 2